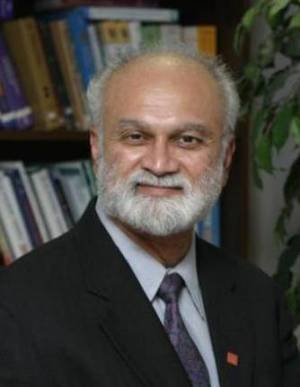 His research interests are in information retrieval and extraction, data and web mining, multimedia retrieval, data integration, and literature-based discovery. He has published around 275 peer-reviewed research papers (https://www.researchgate.net/profile/Vijay_Raghavan10). These and other research contributions cumulatively accord him an h-index of 33, based on citations to his publications. He has served as major adviser for 28 doctoral students and has garnered over $13 million in external funding. Dr. Raghavan brings substantial technical expertise, interdisciplinary collaboration experience, and management skills to his projects.

His service work at the university includes coordinating the Louis Stokes-Alliance for Minority Participation (LS-AMP) program since 2001. Raghavan has served as PC Chair, PC Co-chair or PC member in countless ACM and IEEE conferences. He received the ICDM 2005 Outstanding Service Award. Raghavan was an ACM National Lecturer from 1993 to 2006. He was a member of the Advisory Committee of the NSF Computer and Information Science and Engineering directorate, from 2008-2010. He serves on the Executive Committee of the IEEE -TCII and on the Steering committees of WIC Consortium and Int’l Rough Sets society. He received WIC 2013 Outstanding Service Award. He is one of the Editors-in-Chief of Web Intelligence journal and an Associate Editor ACM transactions on Internet Technology.

He is the founding director of the Visual and Decision Informatics (CVDI), an NSF-funded Industry University Cooperative Research Center, since February 2012, and a co-director of the Laboratory for Internet Computing.