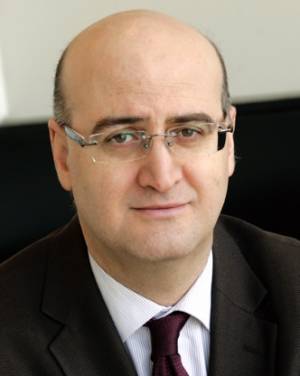 Dr. Gabbouj is a Professor of Signal Processing at the Department of Computing Sciences, Tampere University, Tampere, Finland. He was Academy of Finland Professor during 2011-2015. He was a visiting professor at the Departments of Electronic and Computer Engineering and Computer Science and Engineering, Hong Kong University of Science and Technology, Hong Kong. Dr. Gabbouj was on sabbatical leave as a visiting scholar at the Viterbi School of Engineering, University of Southern California, Los Angeles, California, during spring 2012, a visiting professor at the School of Electrical and Computer Engineering of Purdue University, West Lafayette, Indiana during fall 2011, and a visiting professor at the American University of Sharjah, UAE in 2007-2008. He was Head of the Department during 2002-2007. Dr. Gabbouj was Senior Research Fellow of the Academy of Finland during 2007-2008 and 1997-1998. He is the co-founder and past CEO of SuviSoft Oy Ltd. From 1995 to 1998 he was a Professor with the Department of Information Technology of Pori School of Technology and Economics. From 1994 to 1995 he was an Associate Professor with the Signal Processing Laboratory of Tampere University of Technology, Tampere, Finland. From 1990 to 1993 he was a senior research scientist with the Research Institute for Information Technology, Tampere, Finland. Dr. Gabbouj is currently the Finland Site Director of the NSF IUCRC funded Center for Visual and Decision Informatics and former member of the Science Council of Tampere University of Technology. His research interests include Big Data analytics, multimedia content-based analysis, indexing and retrieval, artificial intelligence, machine learning, pattern recognition, nonlinear signal and image processing and analysis, voice conversion, and video processing and coding.

Dr. Gabbouj is an IEEE Fellow. He is a member of the IEEE Fourier Award Committee. He is member of the Academia Europaea and the Finnish Academy of Science and Letters. He served as Distinguished Lecturer for the IEEE Circuits and Systems Society in 2004-2005, and Past-Chairman of the IEEE-EURASIP NSIP (Nonlinear Signal and Image Processing) Board. He was chairman of the Algorithm Group of the EC COST 211quat. He served as associate editor of the IEEE Transactions on Image Processing, and was guest editor of Multimedia Tools and Applications, the European journal Applied Signal Processing. He is the past chairman of the IEEE Finland Section, the IEEE Circuits and Systems Society, Technical Committee on Digital Signal Processing, and the IEEE SP/CAS Finland Chapter. Dr. Gabbouj is the General Co-Chair of ICIP 2020. He was also Chairman of EUVIP 2014, CBMI 2005, WIAMIS 2001 and the TPC Chair of ISCCSP 2006 and 2004, CBMI 2003, EUSIPCO 2000, NORSIG 1996 and the DSP track chair of the 1996, 2012, 2013 and 2014 IEEE ISCAS. He is also member of EURASIP Advisory Board and past member of AdCom. He also served as Publication Chair and Publicity Chair of IEEE ICIP 2005 and IEEE ICASSP 2006, respectively. Dr. Gabbouj was a Honorary Guest Professor of Jilin University, China (2005-2010).

Dr. Gabbouj was the Director of the International University Programs in Information Technology (1991-2007) and vice member of the Council of the Department of Information Technology at Tampere University of Technology. He is also the Vice-Director of the Academy of Finland Center of Excellence SPAG, Secretary of the International Advisory Board of Tampere International Center of Signal Processing, TICSP, and member of the Board of the Digital Media Institute. He served as Tutoring Professor for Nokia Mobile Phones Leading Science Program (2005-2007 and 1998-2001). He is a member of IEEE SP and CAS societies.

Dr. Gabbouj is the Finland Site Director of the NSF IUCRC funded Center for Visual and Decision Informatics (CVDI) and leads the Artificial Intelligence Research Task Force of the Ministry of Economic Affairs and Employment funded Research Alliance on Autonomous Systems (RAAS). Dr. Gabbouj has been involved in several past and current EU Research and education projects and programs, including Horizon, ESPRIT, HCM, IST, COST, Tempus and Erasmus. He also served as Evaluator of IST proposals, and Auditor of a number of ACTS and IST projects on multimedia security, augmented and virtual reality, image and video signal processing.